This is the original alien shooter game of pc which is now available for android. In this game you have simplistic gameplay with looting and inventory management. You can continue the game where you left off in the campaign mode, start a new game or load an existing saved game. The contrpl;s are simple to use . you can movie by using the joystick controls. You can use scope, change guns and reload them by using respective controls on the right. You are shown with visual clues as the story proceeds and have to shoot futuristic enemies using awesome weapons. The map of the has limited leeway so you’d not get lost and would know  where to go. The h health bar is shown on the left side of the screen on the top. Every level has objectives which you have to complete, they are also shown on the screen.

You can get weapons from the maps and when you are cornered you can use grenades and other buffs, The enemies always come in waves so you have to be prepared and on toes. You get rewards for completing each level and item for your inventory. You can combine various items in your inventory to make weapons with unique abilities. Enemy’s health is shown on their headband sometimes the enemies are invisible but they can be spotted by their health bar and killed.

You can collect more items for your inventory by forming the area and killing as many aliens as you can. The game also has a multiplayer mode so you can compete with all the players that are playing this game from all around the world. The game has a lot of maps for online gameplay. The levels in the offline mode is limited but it’s still a lot in the campaign mode.

Are You Ready to  Fight Aliens ? 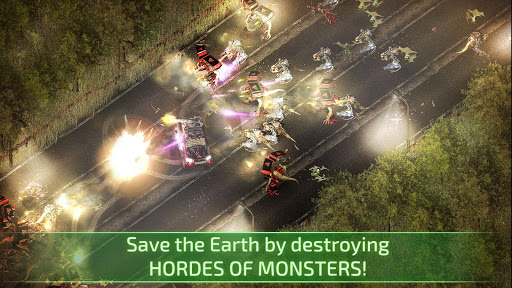 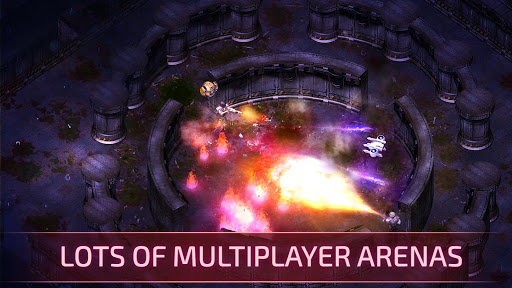