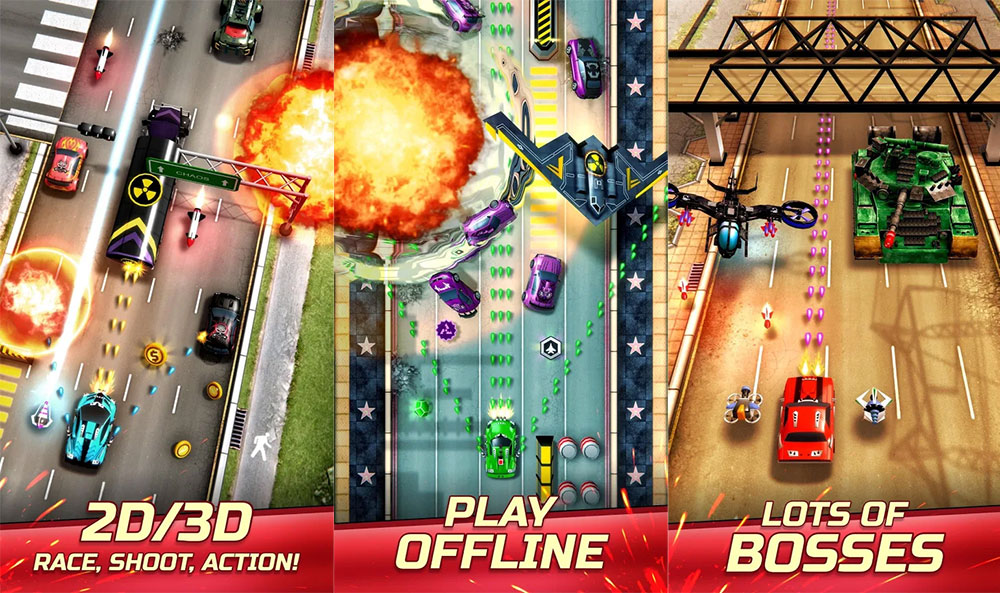 This is a racing shooter game in which you have to chase bosses and shoot whatever comes in your way be it a truck, a tank, a plane and more. In a classic shoot em up style you have to dodge bombs on the lane, kill enemies while racing your car, use rocket launchers and use special weapons in this action packed game with different types of cars.

The game starts with a tutorial where it shows intro and instructions to tell what the game is all about. You have to touch and hold the finger to start playing. The shooting and car acceleration happens automatically. You can control your car by holding and dragging it across the screen for changing lanes. Destroying cars on the road gives you coins and hitting cars in a row gives you combo points. The health of each car is shown on a bar just behind every vehicle so you know how much you have to keep hitting to destroy whatever comes on your way!

On the top of the screen is your score and the level boss’s score. As your score increases the boss score decreases and when it reaches zero, the real boss of the level shows and you have to destroy it to clear the level. The boss health is much more than the normal cars and you it is incrementally more as you level up in the game. The boss also shoots back so you have to dodge its attack too while still shooting him up. After each level you’ll get rewards, you can use those rewards to upgrade your car and make it an ultimate destroyer!

As you increase your level the intensity of battle increases and you have to try harder to defeat the bosses and dodge obstacles with high acceleration at the same time! 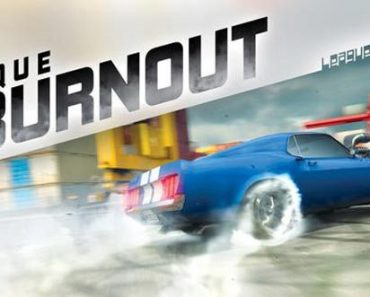 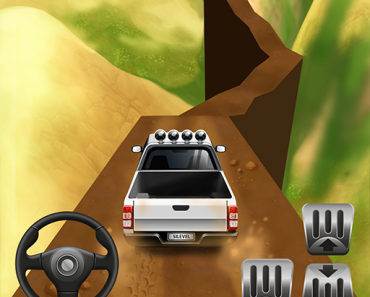 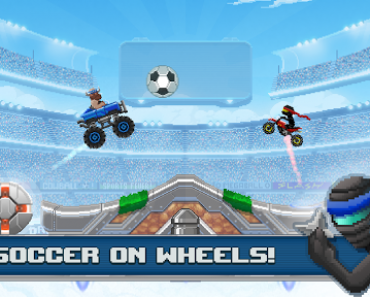 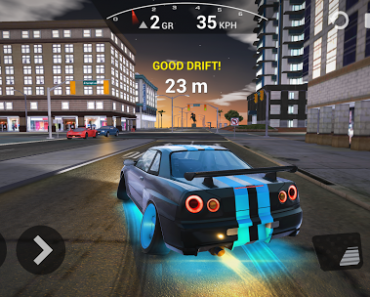